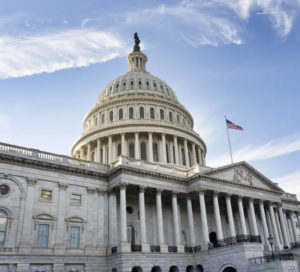 The Senate recently voted to amend the McCarran-Ferguson Act, a law that gives states the authority to regulate the insurance industry, repealing the antitrust exemption for health insurance companies. The bill is supported by the American Dental Association and the American Association of Oral and Maxillofacial Surgeons, and many other medical associations.

The reform would make insurance companies subject to the same federal antitrust laws that other industries must comply with and prohibit unfair trade practices, such as price-fixing and collusion.

The bill was led in the Senate by Sens. Steve Daines, R-Mont., and Patrick Leahy, D-Vt. Daines said in a press release, “Our bipartisan bill will allow for greater transparency and oversight into the health insurance industry and help make health insurance more affordable for Montanans and Americans across the country. I look forward to this commonsense bill being signed into law.”

“While ordinary Americans are suffering through an unprecedented, deadly pandemic, multi-billion dollar health insurance companies are boasting record-high profits. It makes little sense that these powerful actors should also benefit from an antiquated exemption in the law, shielding them from all scrutiny and oversight by our federal antitrust authorities. Our overwhelmingly bipartisan bill would simply subject health insurance providers to our federal antitrust laws – just like every other major sector of the American economy. This is a commonsense bill that promotes competition and protects consumers, and I hope President Trump swiftly signs it into law,” said Leahy.

The House passed the bill on Sept. 21st, and President Donald J. Trump is expected to sign the bill into law later in the week.

Do you have a question about the insurance plans we accept? You may contact Oral and Facial Surgery at 301-791-1700 or drop us a note, here.

What do dentists give out on Halloween?

Halloween can be almost as scary for dentists as it is for children. Just imagine all of those … END_OF_DOCUMENT_TOKEN_TO_BE_REPLACED